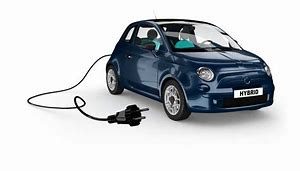 April 2018 and already more than 130,000 drivers are enjoying the benefits of electric and hybrid motoring. We have seen the majority of that growth within the last 2 years making it the fastest growing vehicle sector in the UK and many of the top manufacturers in the UK are now offering a plug-in vehicle as part of their range.

We understand if you are looking at electric vehicles for the first time there will be questions.

Perhaps you are unsure how far you can drive on a single charge? Or how many charging points there are or if electric vehicles will cost more?

I am hoping this overview will help you get started on a more sustainable form of motoring – it will not only save you money but help the planet at the same time.

Plug-in vehicles can potentially help us to improve urban air quality and reduce our contribution to global warming. They not only emit much lower C02, Nitrogen Oxides and particulates – in the case of pure electric mode, produce zero tail pipe emissions. This offers huge benefits over petrol and diesel powered vehicles – great news for our urban surroundings and the health of everyone living and working in these areas.

Plug-in electric vehicles are key to help the UK meet EU targets for urban air quality and the Ultra-Low Emission Zones and Clear Air Zones which are being introduced in 2019.

Currently 5 cities in the UK will have clean air zones implemented in 2020 – they are Birmingham, Leeds, Nottingham, Derby and Southampton – due to current levels of pollution that exceed EU legal requirements on air quality. The detailed plan for these cities is not complete but may involve a cost for vehicles that do not meet certain emission criteria when they enter a particular zone in the city.

There is also potential for sustainable electricity generation such as solar, wind & hydro which will help to cut the UK’s dependence on fossil fuels, and when electricity is generated from a green source it helps to decarbonise the UK.

LEGISLATION
There are two key elements of legislation that are driving low emission vehicles ( excuse the pun! )

The first is the European C02 Emissions Limits – currently all car manufacturers selling products in the EU must have sales weighted C02 average of 130g per kilometre or less – falling to 95g per kilometre by 2020. This will be difficult to achieve without plug-in technology.

SO WHAT ARE YOUR CHOICES?

There are 4 categories of vehicles to look at:

Best suited for drivers with a mixed cycle of driving, and some-stop start driving to maximise brake regeneration. Driving range is not limited as the hybrid car offers both petrol and diesel engines as well as the Electric Vehicle mode. The pure Electric Vehicle mode is very limiting, usually only a mile or so and at low speeds. Hybrids are often seen as a ‘half-way house’ between petrol/diesel and PHEV/E-REV. They have a small battery/motor which recovers wasted energy when braking. It provides additional power on acceleration which allows a smaller more efficient engine to be used and provides 1-2 miles pure electric mode at low speeds. You cannot plug this vehicle in so its electric range is very limited, but the driver does not have to do anything different to a normal petrol or diesel car so no compromise is needed to move to a hybrid.

Full hybrids are aimed at mainstream conscious drivers and perform similar to a standard petrol or diesel car – but with better fuel economy, using petrol/diesel mode for motorways and petrol/electric for town driving.

Extended Range Electric Vehicles are electric vehicles with a plug in battery pack and an electric motor, as well as a small internal combustion engine. Like pure electric vehicles they only ever run on electricity. The small petrol engine acts as a generator to top up the battery charge and hence extending the car’s overall range.

Typically these vehicles have a pure electric battery range of around 40-100 miles before the vehicle switches on the range extender to charge the battery and increase the range. This typically results in tailpipe emissions of around 20-30 g/km C02

PURE ELECTRIC
Pure electric vehicles have high performance batteries which provide power to an electric motor, which in turn drives the wheels. These vehicles need to be charged.

Electric vehicles must always have charge otherwise when the battery is exhausted the vehicle will not run. Due to this there maybe the potential for “range anxiety”. Currently Range is typically 65-150 miles per charge, but there are other factors which must also be taken into account like outside temperature, and features being used in the car which are drawing from the battery power (Air Conditioning for example). Battery technology is steadily improving and some EV’s can cover 200 miles on a single charge, and with new vehicles coming to market and improving the range all the time it makes them suitable for urban and extra urban mixed driving. Their zero tailpipe emissions will have great effect on reducing poor urban air quality.

As with any new technology prices are coming down, and plug-in cars and vans benefit from Government grants. Running costs are significantly lower too which could save you thousands during the life of the vehicle.

Also if you are worried about charging – the majority of drivers simply charge their electric cars at home overnight, just like plugging in their mobile phone. This usually takes place on their drive or in their garage, or using a nearby on-street residential charge point. There are over 13,000 public charging point connectors across the UK , including rapid chargers at 96% of motorway services, which can charge the average electric car to 80% in as little as 30 minutes.

Look out for more information on our blog.

There are now over 30 electric vehicles to choose from and at The Car Network we can help you get on the road in a smart new electric car. Great for your pocket and the environment.

One response to “ELECTRIC VEHICLES – AN INTRODUCTION”

The Ultimate Guide to Vehicle Leasing

Discover how to get the best saving from your lease deal, simply fill out the form and get your free guide today.

Want to be the first to receive offers from The Car Network?
Fill out the form below to sign up.