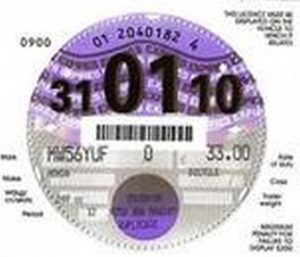 Just a note from me to remind you about the new Road Tax changes that will hit the streets in April of this year.

Back in the  Autumn Budget, Chancellor Philip Hammond announced that all new diesel cars from 1 April 2018 will face going up a VED (Vehicle Excise Duty) band if they fail to meet the latest Euro 6 standards under real-world testing.

New cars will have to meet the real driving emissions (RDE) step 2 test that forms part of the current EU type approval process. This means new cars can pollute up to 1.5 times the current 80mg/km NOx limit under real-world driving if they are to avoid going up a tax band.

According to the Treasury’s estimates, less than two million cars will be subject to the VED band jump, though cars like the Ford Fiesta are expected to see a £20 rise in the first-year VED rates. Higher polluting models, like the Porsche Cayenne are expected to see their first year rates go up by £500.

The changes only apply to new diesel cars, not vans, and do not impact the subsequent £140 yearly fees all cars have to pay after the first year. The table below shows how the new rates will work. Any car failing to meet the Euro 6 standards in real world testing will move up a band, and thus pay anything from £15 to £500 more in first year rates.

Back in the good old days  with the previous VED tax system many new car buyers were paying a surprisingly SMALL amount of Road Tax, in fact some small diesel were completely TAX FREE!

Ex Chancellor of the Exchequer George Osborne realised this was costing them millions of  pounds in income and set about to change it, increasing the cost of motoring for many drivers.

The current rates will see most new car VED Taxes increasing in the first year, after which the flat rate of £140 will apply. However there are savings to be made if you chose an alternatively fuelled car for example a  hybrid or electric car.

Please let us know if you would like more information – we are here to help.

The Ultimate Guide to Vehicle Leasing

Discover how to get the best saving from your lease deal, simply fill out the form and get your free guide today.

Want to be the first to receive offers from The Car Network?
Fill out the form below to sign up.